How sport needs to adapt as the (third-party) cookie crumbles

Sports properties should be following these developments closely and identifying how they can adapt their business to capitalise.

The Privacy Sandbox intends to establish a new framework for digital advertising, and replace most use cases for third-party cookies which, for decades, have been used to build detailed records of behaviours and interests from our internet activities. Through this, marketers have been able to deliver, and measure the impact of, personalised and aggressively-retargeted advertising across the web.

Apple had already limited cookie tracking on Safari, the second biggest browser behind Chrome (Google), in 2017 while Mozilla’s Firefox stopped third-party cookies by default in 2019. At the end of April meanwhile, with the release of iOS 14.5, Apple introduced ATT (App Tracking Transparency) – a new pop-up asking whether a user wants the app to be able to track behaviour for advertising purposes. Initial data suggests only 15% of iOS 14.5 users are allowing tracking across apps.

But Chrome is used as the primary web browser by 2.65 billion internet users (see below), and through the Privacy Sandbox – which has still not yet been fully defined – Google will effectively be making third-party cookies obsolete.

Both short-term and long-term that means there are important decisions to be made across sport. In the short-term, properties running paid media campaigns on third-party platforms like Facebook and Google Ads – for products such as tickets, retail and streaming subscriptions – will find they will have to adjust their strategies to acquire new customers.

Long-term, we think the marketing landscape that develops will be positive for sport and the brands and media platforms who invest in it. We have long said direct relationships with fans will be the currency that defines the next era of sports marketing.

Sports properties are super-charged, premium publishers. They are able to create at-scale, engaged audiences within brand-safe digital environments. And with the right tech and new approaches to build direct relationships with their audiences, sports properties can position themselves in pole position – way ahead of publishers – in terms of understanding their audiences through the (compliant and transparent) collection of zero and first-party data.

We’re proud of and inspired by the forward-thinking properties who, anticipating a crackdown on third-party cookies, have already been investing significantly in this – in addition to second-party data.

Nike – which as a business has sold products almost entirely via retailers over the course of their history – have been on this journey recently. Through a portfolio of digital platforms that includes SNKRS (providing inside access to product launches and events), Nike Run Club, and the Nike Training Club, it has been able to create a zero and first-party data rich digital ecosystem where it can monitor interactions, transactions and demographic information around its audience in a way compliant to privacy regulations.

—The @Nike commerce app has had 8m+ downloads since February.
—The brand’s SNKRS app scored $1B last fiscal year.
—Nike-branded training apps have seen up to a 100% increase in usage during the quarantine.#FutureofSales #D2C

Clearly Nike still needs, and will continue to need, to have an active presence on the media platforms that audiences use day to day, and is therefore still a heavy user of third-party data and will continue to be active in the Google Sandbox era. The same is true of all businesses looking to build out D2C businesses.

But sports properties are in a brilliant position to follow in Nike’s footsteps because they have large, engaged audiences, and with the right tech and strategy, can easily collect first and zero-party data on them through ticket-purchasing, retail, user-generated content, membership programmes, and consumption of media content.

It’s in the sponsorship space we believe the biggest changes will be felt, as brands and media agencies are currently re-assessing where they place their marketing budgets in an increasingly third-party cookie-less world where audiences are harder to target one-to-one.

As a marketing platform to reach on-scale, audiences in real-time, sport is unrivalled – which means it is brilliant at bringing in top of the funnel audiences. Doing this on owned digital platforms through which direct relationships have been struck, audiences can be nurtured and converted through the funnel with marketing delivered through those same digital channels, or on a brand partner’s eco-systems through second-party data.

We recently helped a client create a partnership for a major brand in the travel sector using second-party data. The brand was able to match its own audience with the property’s audience, and target them accordingly in both eco-systems with personalised and contextual messages based on their demographics, behaviours and user journeys. No third-party cookies required, and all done with user consent.

This is a new type of rights approach within the sports sponsorship model, and one we think we will be increasingly common as brands look to impact audiences digitally – in addition to other marketing channels such as billboard advertising or logo exposure on shirts.

*On June 24, Google announced a delay to the roll-out of Privacy Sandbox; for Chrome, it plans to have key technologies deployed for the developer community for adoption “by late 2022”

Video: The Bounce Back

Our analysis shows there’ll be a pent-up demand for sport post-Covid – but the products and propositions we provide need to be rewired to benefit. 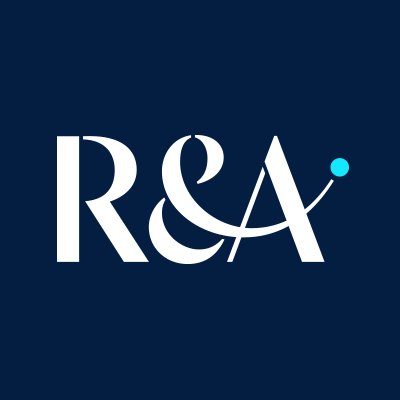